Congratulations Washington, DC- your rate of syphilis is #3 highest in the US.  As STD rates have continued to rise over the past few years, our area has the unfortunate distinction of having high rates of sexually transmitted infections. The latest report released this week from the CDC includes data on chlamydia, gonorrhea, and syphilis.   Infections caused by HIV, human papillomavirus, herpes simplex virus, and trichomonas are not tracked in this report and CDC reminds us that the total number of infections shared through sexual contact is in fact far beyond the rates shared in this report.  What is shocking is that HALF of all infections occur in people ages 15-24.

So how bad is it?  Well the CDC tracks a lot of diseases, but chlamydia has now broken the record of highest number of any disease EVER REPORTED.  It is easily treated with antibiotics.  But here’s the problem- since many men and women never have symptoms, they don’t know they have been infected.  The disease damages the reproductive tract which means women are at greater risk for ectopic pregnancy (life threatening) and that’s if they can get pregnant at all.   Gonorrhea is increasing as well and is becoming resistant to antibiotics.  Gonorrhea transmitted during oral sex can cause a sore throat and it can cause infertility in both men and women. Both chlamydia and gonorrhea can be “silent” and cause no symptoms, but when there are symptoms they are usually discharge, burning or pain in genital area and/or with urination.  While the symptoms come and go, the infection does not resolve unless treated with antibiotics.

Syphilis sounds old-fashioned but it is definitely back and on the rise.  It is cured with penicillin, but is often missed in its early stage.  The first symptom of syphilis is a sore.  This sore can be small, and since it is painless and can be inside the vagina or rectum people may not notice it. Or perhaps they notice it but think it is an ingrown hair, or shaving nick.  If it’s on the mouth or lip they may confuse it with a cold sore or canker sore.  It is important to be treated at this early stage, because the next stages cause symptoms like rash, flu like illness, hair loss, among others.  Eventually the bacteria enters the brain and causes serious symptoms like dementia, paralysis and even death.

All of these infections can be passed on to a fetus in utero, or a baby through birth, and cause serious health concerns, and the pregnancy may end in miscarriage or result in premature birth.  If you are pregnant or may become pregnant make sure you’re screened ASAP.

20 MILLION infections each year cost $16 BILLION (yes that’s a “b” in billion) in health care costs.
And that’s not counting the effects and costs of infertility and ectopic pregnancies that are caused by sexually transmitted infections.

Protect your fertility by getting screened for STDs every 6-12 months if you are sexually active.  Come talk to us and we will give you a personalized recommendation based on your life.  We are easy to talk to- even about sex- and can help you stay healthy.

If you’ve been looking at menus or walking through the grocery store, you’ve likely noticed more and more items labelled “gluten-free”.  Why?  Who is avoiding gluten and why are they doing it?  Why was there a three-fold increase in gluten-free diets when there has been no increase in the medical diagnosis of related diseases?

In honor of National Celiac Awareness Day, we’re talking about gluten.  Gluten is a protein found in grains- wheat, rye and barley- and helps give an elasticity to these flours in cooking and baking.  These grains are found in breads, pastas, soups, cereals and other baked goods.  People can be affected by gluten in a few ways.

First, some people have an immediate allergic reaction to wheat and/or another grain.  This is a more obvious reaction and easier to diagnose by blood tests looking for antibodies and skin testing looking for skin reactions.  These must be treated by avoidance of the grain. There are no medications or allergy shots for food allergies- yet.

Second, people can be affected by the gluten found in wheat, rye, and barley.  This can be found in a serious autoimmune form known as Celiac disease or in a milder form called gluten sensitivity.  Certain individuals, about 1 in 100 people, have Celiac, a genetic condition where the body attacks the small intestine when gluten is ingested.  This can cause lifelong effects and increases one’s chances of having other autoimmune diseases.  The only treatment is avoidance of gluten.  Blood tests can be performed to help diagnose this disease.  Gluten sensitivity is something we don’t yet have conclusive testing for, but studies have shown that people without Celiac can still have damage to their small intestines if they are sensitive to gluten.  Therefore, these individuals should still avoid gluten.

Are you avoiding gluten, or limiting your intake?  Is it for health or weight loss?  Did you have fatigue, digestive or other symptoms that have improved since you went off gluten?  Or are you being encouraged by a friend or family member to eliminate it for a month?  If you have a family member with confirmed celiac, or if you have an autoimmune disease you should get tested for celiac before you stop eating it.  The blood tests are accurate only when you are actively eating (or drinking) gluten.

Going gluten-free is much easier now than it was 16 years ago when a member of my family was diagnosed with a wheat allergy.  We are happy to discuss these issues with you, do any appropriate testing, and manage any diseases that are found. 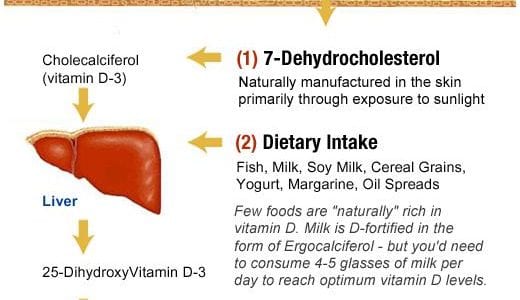 In addition to its known benefits of improving bone and heart health, adding a natural supplement of Vitamin D may boost our immune system.  So, we know that certain groups of people are deficient in D- like darker complexions, higher body fat, and indoorsy types.  Fat cells absorb Vitamin D and keep it out of circulation so those of us who have any extra weight (and females have a higher body fat percentage anyways) are likely deficient. Also, if you have a darker complexion or use sunscreen outside it’s really difficult to absorb enough of the sunlight in our skin to make this vitamin.  While we are still sorting out the ideal level of Vitamin D in our bodies, there is decades of evidence that this vitamin our bodies produce naturally is essential in achieving and keeping our optimum level of overall health. Our bodies make Vitamin D in our skin when we are exposed to sun.  We’ve all been spending less time outside, and people who live in the northern half of the US (or similar latitudes around the world) don’t get enough sunlight.

You know how milk says “Vitamin D” on the label?  Well, that’s because we can’t absorb calcium without Vitamin D so the milk producers add it to the milk.  We have a tough time using that calcium to build bones without enough D.  So while we all know calcium is essential to build and maintain bones and avoid osteoporosis in our later years, that calcium is not useful unless it has its helper- Vitamin D.  This means people who follow a vegan diet are also at risk of low D (in addition to B12 and iron).

High blood pressure, heart attacks, strokes, and heart failure are all linked to low levels of Vitamin D as well.  Huge clinical trials are being done right now so that we can determine how much of an impact supplementation has on improving heart health.

What we are also realizing is that we have Vitamin D receptors on our immune system cells.  People with low D levels are more likely to have auto-immune disorders and increased risk of infection in general.  Remember how people with Tuberculosis were sent to sanatoriums to go sit in the sun?  And how cod liver oil has been used for centuries for general health?  Well sitting in the sun and drinking cod liver oil both increase your Vitamin D level- they were on to something!

Come in and see us at any of our Kelly Goodman Group locations and we can check your Vitamin D level (our Nurse Practitioner draws your blood herself).  Once we know your level we can advise you on how best to supplement this essential vitamin and prescribe a prescription strength Vitamin D if needed.  Say no to colds and flu this fall and yes to bone and heart health! 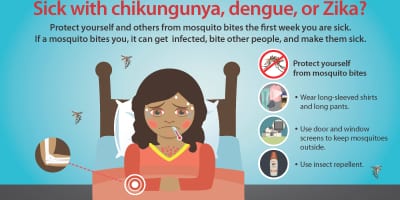 Now that the Zika virus has been transmitted by local mosquitos in Florida, we are all wondering when it will come to Washington DC.  This city was built on a swamp and we have all experienced the mosquitos here.  Our area has the right type of Aedes mosquito and we have lots of international travelers here, given that we are the nation’s capital. Two weeks ago we looked at risk factors for contracting Zika virus, as a resident of the District of Columbia.  What happens if you have done your best to protect yourself but are starting to feel ill?  How do you know if it’s Zika or just a run-of-the-mill virus?  First, call us to schedule an appointment. We can test for Zika- we will draw your blood here and send it to a national laboratory for testing.  Second, be on the safe side and only take Tylenol (acetaminophen) even if you’ve only been in the continental US.  Given that Dengue has the same symptoms as Zika, and increases bleeding risk, don’t take Advil/Motrin (ibuprofen).  If you have been out of the country recently we will discuss your risk factors, test for similar viruses such as Dengue fever and Chikungunya and determine the proper treatment for you.  Above all, the treatment for Zika is supportive rather than curative- meaning lots of fluids, lots of rest, and time.  The symptoms of the virus can last 2-7 days.  Keep in mind that many, if not most, people who have Zika do not have any symptoms at all.  That means that Zika can spread more easily, as infected people can remain active and exposed to mosquitos that will transmit the virus by biting an infected person and then an uninfected person and transferring the virus.  Keep protecting yourself with insect repellent as needed and safe sex practices.

We are happy to discuss your risks for Zika or any other disease with you further- just give us a call at any of our locations to set up an appointment.  Visit our website for more info.